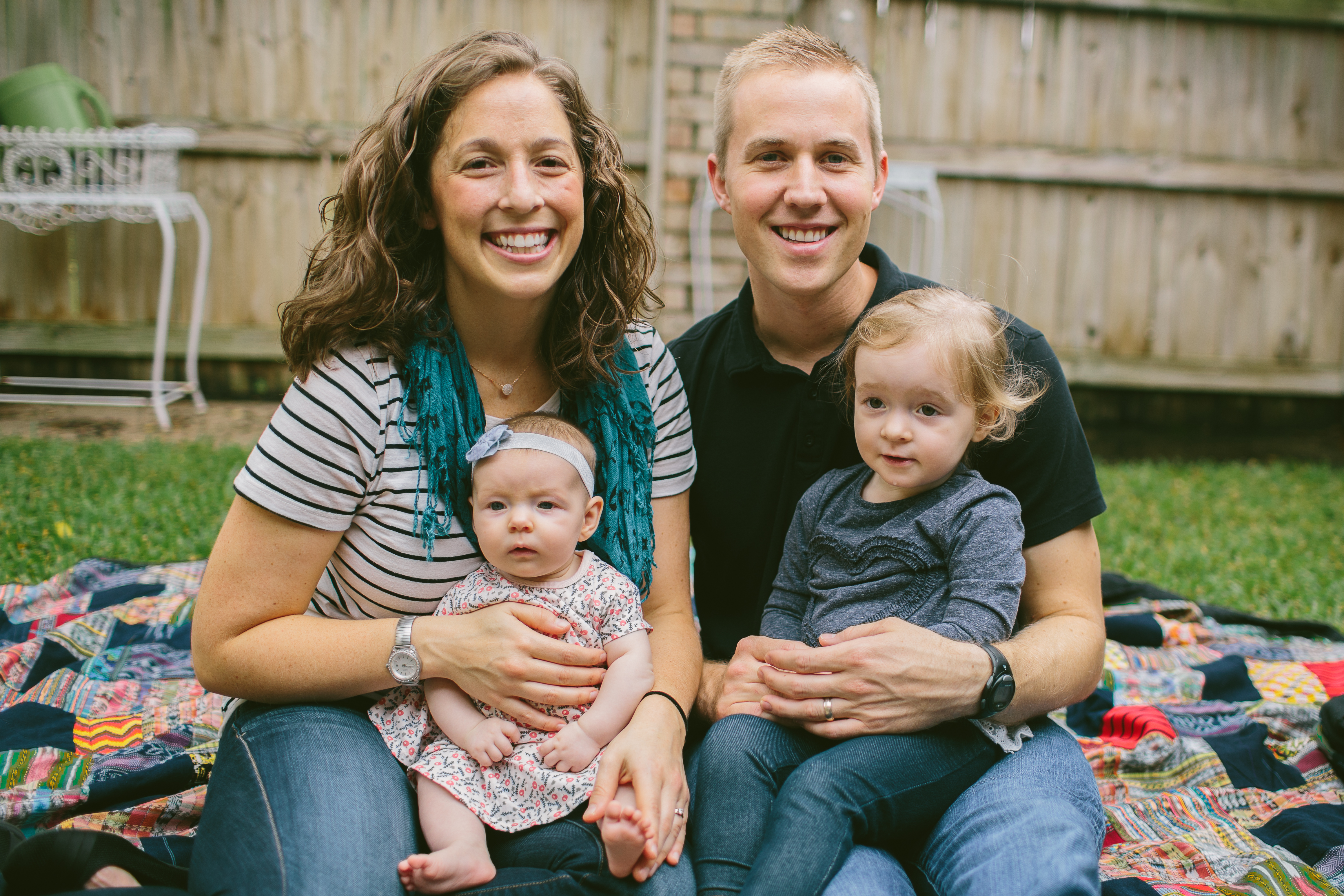 In the spring of 2009, New Life Baptist Church opened its doors with this statement, “We exist to preserve and proclaim the Gospel of Jesus Christ to make mature disciples of all nations for the glory of God.” Over the past eight years, New Life’s presence and influence has not only grown in the College Station area, but it has also advanced globally as missionaries are sent out to live out this mission in places such as East Asia, Central Asia, and Asia Pacific. Recently, the Forbes family has decided to take that leap of faith to go the the nations. Nathan and Rebekah, with their two young daughters, Piper and Clara, will be leaving us at the end of the summer to begin training with To Every Tribe for upcoming ministry in Latin America.

Nathan and Rebekah are both passionate about missions and were eager to discuss how God stirred this desire in them. According to Rebekah her interest in missions began at an early age due to the fact that her aunt and uncle were missionaries in Thailand. “I can remember many family holidays when my aunt, uncle, and grandparents would invite international students to join us. It was always an exciting experience to see our traditions through their eyes and hearing about their experiences,” Rebekah exclaimed during our conversation. She also went on to say that her relationship with Nathan was another avenue that the Lord used to grow her desire to be a missionary. “I knew the Lord was calling me to marry Nathan, and because of his calling to the nations and my calling to marry him, I saw my desires to serve unreached people groups growing in turn.” Nathan said that ever since he had become a Christian at the age of 17 he had an interest in missions. However, at the time he did not know what that would necessarily look like saying,

“For a time I wrestled with the thought of being either a teacher, a pastor, or a missionary, but I knew that wherever God called me I could honor him with faithful work.”

Throughout that time, God put an unquenchable desire in Nathan’s heart to make disciples in an area that lacks access to the gospel.

As students at Texas A&M they were a part of the original group that helped plant New Life. Both of them said that seeing New Life develop as a church verified in their mind that they wanted to be a part of future church plants, but neither knew whether that would be stateside or overseas. Throughout this time, the Lord continually brought to mind the need and opportunity of seeing healthy churches planted among unreached people. However, before they decided to become missionaries, they felt that the best option was for Nathan to take a leadership role in a local church to grow as a Christian, husband, father, and pastor.

The decision to move slowly to the mission field was based on their prior experience of moving quickly to Guatemala, where they served in a children’s home for 15 months. While they said that they enjoyed their time in Central America, neither of them felt like they were quite prepared to leap into the day-to-day work of a full-time missionary. Because of this, they decided that Nathan coming on as the Missions Pastor and both of them becoming Life Group leaders was the best route to help develop the skills they would need to make disciples and develop leaders in an unreached area. Their hope on the field is that while they are working to see a healthy church planted that the Lord will raise up local leaders who are passionate about preserving and proclaiming the Gospel. This is their biggest hope, because they believe that if Nathan is seen as the leader of the church, the movement will never take root but will always be dependent upon the missionary.  Through their respective roles they have been able to not only pour into the members of New Life, but also to help lead a bi-weekly Spanish-speaking Bible Study. This has allowed them to stay somewhat fluent in Spanish, as well as learn more about Latin American culture.

Now that we know their story, how can we as a church body best support the Forbes’ family? Nathan says we can do that best by persevering as involved senders.

“Too often people have amazing intentions about wanting to stay updated, planning to give financially, or asking for ways to pray for missionaries, but as time goes on the sense of urgency drops off,” Nathan said. He went on to explain that this makes sense because the longer people go from seeing one another, the slower both parties tend to reach out to one another.

As we say goodbye to a family that has had such a huge impact and influence on our church, we mourn their departure as well as celebrate the amazing work that the Lord has done in and through their lives. Sending those we love dearly is a good reminder that we can always continue to grow as missionary senders, sending the best of the best to those who need to hear the gospel. While New Life has gained a reputation for developing faithful goers, I pray that its reputation of developing senders would continue to grow as well.