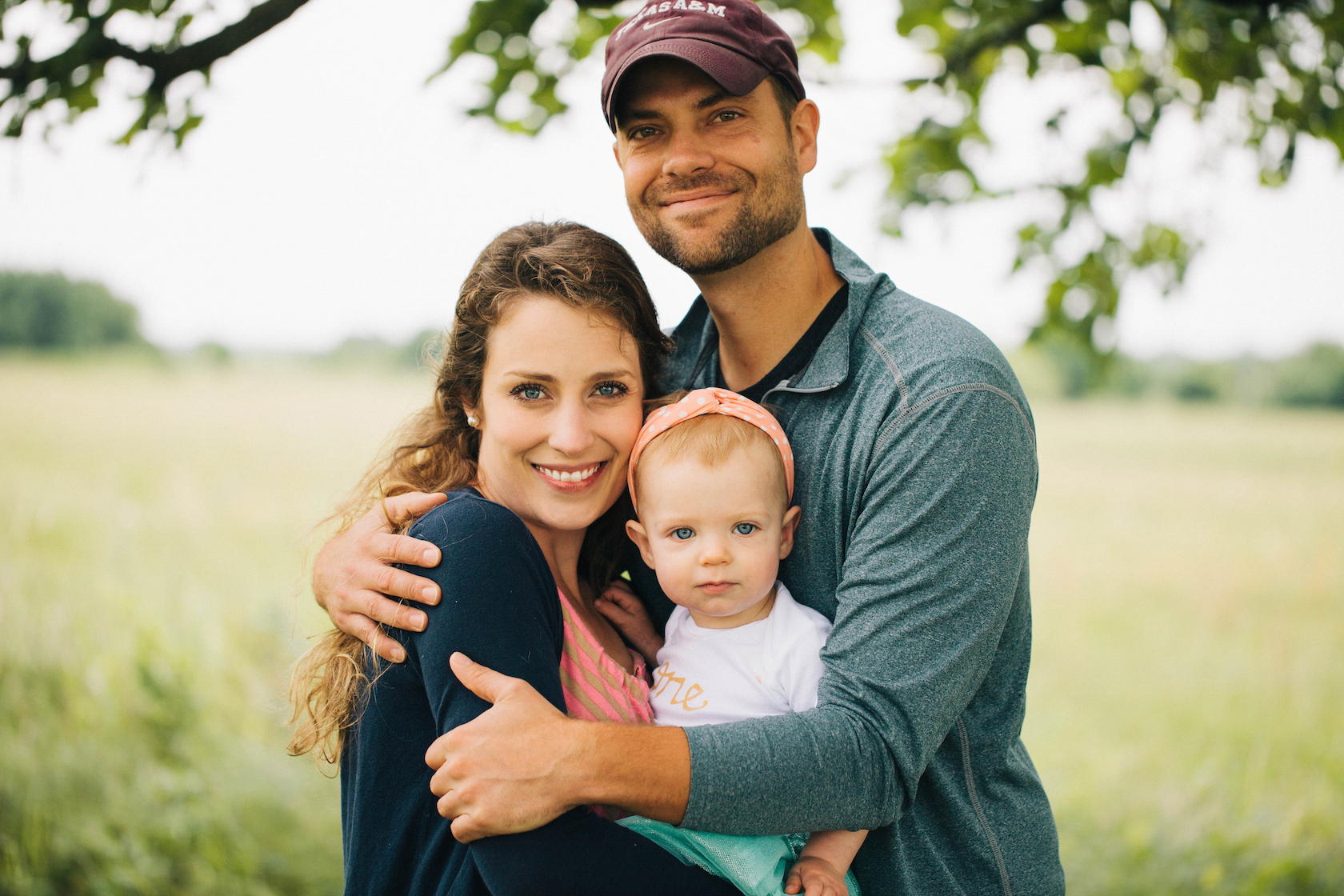 I didn’t plan to better understand the sovereignty of God when I sat down with the Whitleys for lunch, but that’s what happened.

I learned that as a young girl Callie grew up on a ranch, hunted with her dad and sisters, got dirty working with the cattle and did all of it while twirling around in her favorite dresses . Derick was a fast learner; he was homeschooled and at the age of 19 was already in graduate school studying veterinary medicine. Providentially, God brought Derick and Callie together at a wedding. Callie recounted that she was nervous to be set up with a slightly older, and successful veterinary student who was also a family friend. After getting to know each other the night of the wedding, Derick called Callie a month later and Callie’s father invited him over to meet the whole family. Talk about intimidating.

As fairy tale as their budding relationship sounds, much of the rest of their story is not. A couple years prior to meeting Derick, Callie’s father was diagnosed with heart failure. As Derick entered into a relationship with Callie, he was blown away by how her family trusted God through this long arduous trial. Regardless of the outcome, God was glorified through this family . The season of trials and suffering did not end quickly. After Derick and Callie got married in 2008, Callie’s dad received a transplant about a year later. Callie’s family came to realize through similar symptoms in Callie’s sisters and genetic testing that this heart failure wasn’t an isolated incident but was genetic. Wrestling with the decision to start a family meant waiting on the results of genetic testing to determine if Callie was also affected by the gene. Derick and Callie were flooded with relief to find out Callie did not carry the gene and she would not pass this gene onto her children. Relieved and excited to start a family of their own, Derick and Callie were met with a call to patience and more trusting the Lord when they waited months to conceive, followed by the heartbreak of two miscarriages.

It was during this season of suffering that Derick grew in the ways he learned to comfort others in trials. He began to learn that in the midst of suffering, sometimes you just need a hug, love, and sympathy, not just to be preached to. Callie explained saying, “It’s never that I forgot that God is sovereign, but I had to keep reminding myself that He is good, He is sovereign, even if I don’t have biological children.” During that season several women of our church who suffered similarly were a huge comfort to Callie, sharing afternoons of tears and hugs with her.

Now blessed with their adorable one-year-old, Callie feels like “this past year has been the end of a very very long season of suffering,” where finally everyone is healthy and happy. The past trials, Callie says, made them “more aware of the preciousness of life,” which shows in the way they just light up at the sight of Kate’s toothy grin and extroverted personality.

The past year has also had some major changes in their role at the church with Derick becoming an elder. When asked how he felt the Lord prepared him for that role, Derick explained that leading up to eldership the main driving thing in their relationship was this theme of suffering and trusting in God’s sovereignty in all things.

We may never know why we suffer. Like Job, we may never get an explanation from the Lord about why He puts certain experiences and trials in our lives. But I’m thankful for the ways that the Lord has taught the Whitleys to understand suffering on a deep personal level so that they might be a great comfort to others in similar seasons. May the stories we tell and the conversations we have lead others to have a better understanding of the Lord and His work in our lives, just like the Whitleys story has done for so many people.