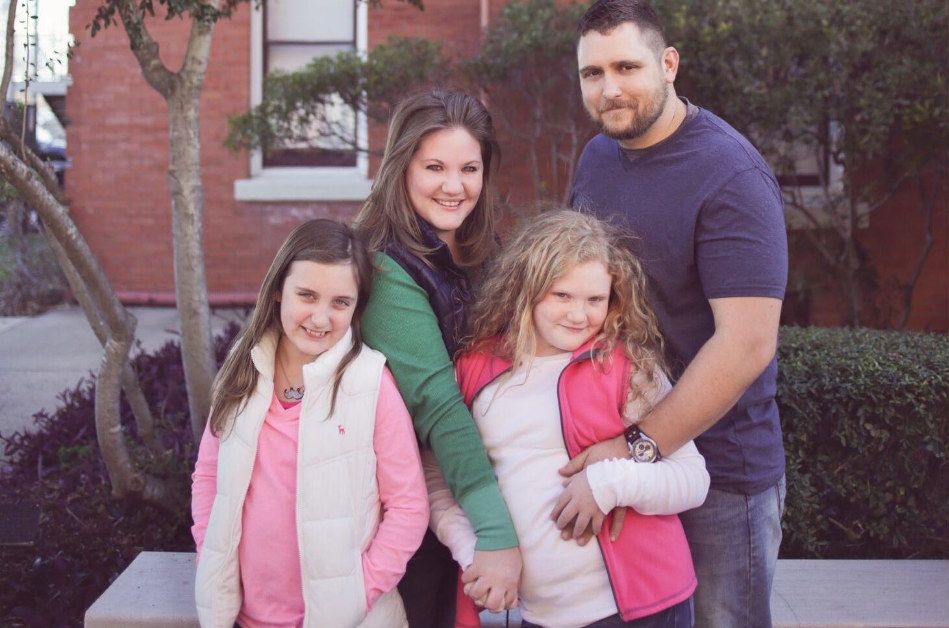 Dannah was driving to church in her hometown of Odessa, Texas in the winter of 1997 when she spotted a cowboy walking on the side of the road. After her friend recognized this man as Chris (a friend who attended the same church), they stopped to pick him up. One week later Dannah had to head back to College Station for school, but she already knew she was in love. The months to follow were full of boxes and boxes of letters, and Chris spending entire paychecks on long distance calls. Fast forward to May of 2000, and the two of them were heading to the altar together. Today, 16 years later, they are still just as assured that they’ve found their soulmate in each other. Their story also includes two beautiful daughters, Madeleine and Julie.

While the Pembeltons were looking for a healthy church body in College Station, they providentially found New Life and within a year of its conception, they became members. They have since served in numerous ways, with Chris becoming an elder last August.

If you get the chance to meet the Pembeltons yourself, you will quickly be drawn to their relaxed family dynamic. One of my favorite things about them is their honesty about who they are and what drives them. Sheer authenticity surrounds who they are. The family hasn’t ever hesitated to share shortcomings or truths about themselves, a refreshing quality that invites honesty in return. They are warm and inviting, welcoming the church into their home to live, meet for weekly life group, or just hang out with the family.

When asked what the pair feels truly passionate about Chris says that he loves being used to guide those who may not feel like they have everything together. Coming from humble beginnings himself, he loves to be able to relate to those who come from broken homes. Dannah has a deep passion for the word and she loves guiding young women through the word, uncovering God’s hidden treasures. She loves the idea that you don’t have to know the latest Christian books to be excited for the individual message God has for you. As a pair, they love pouring into others' marriages. The two state that they know marriage isn’t always a fairy tale, but it's worth fighting for.

At the end of the day, what makes the Pembeltons approachable is their genuine understanding that sometimes life is just messy. We are all sinners that mess up, and the Pembeltons are a couple you can go to when you feel messy and inadequate, and expect nothing but love in return. My favorite analogy that Chris used is that sometimes soldiers need a general, and sometimes they need a sergeant major. The general might have the answers, but the sergeant major will stand beside his soldiers in the trenches. I can tell you from personal experience, the Pembeltons are people you want in your trenches.