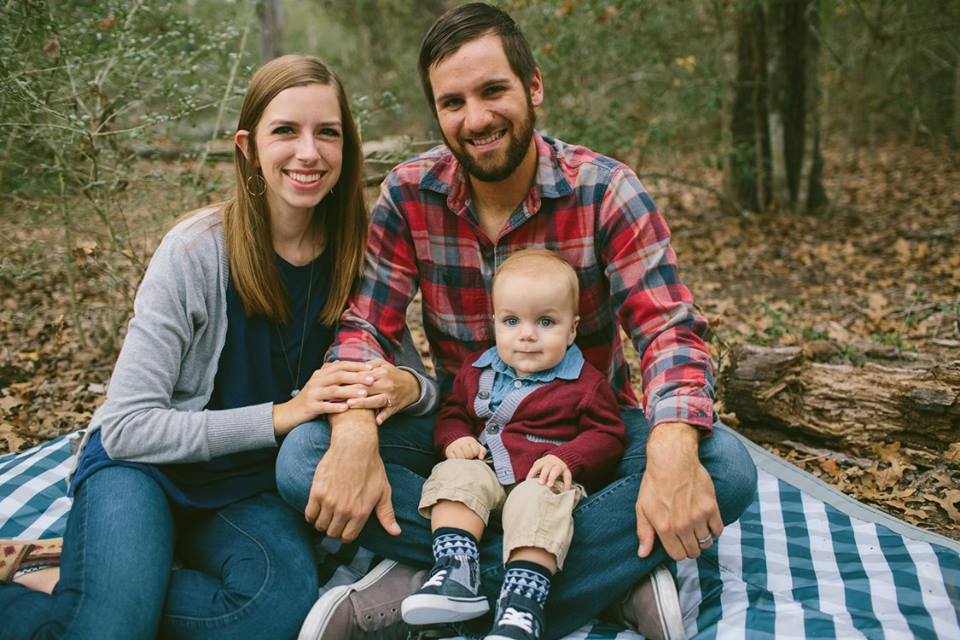 Longtime New Life members and leaders Ryan and Catherine Anderson and their 18-month-old son Asher will be moving to Los Fresnos, Texas in early August to begin their two years of missionary training with the organization To Every Tribe. They will be joining the Forbes family, who are about to begin their second year of training with To Every Tribe.

Missions was first brought to the minds of the Andersons in 2014, when they were newly married and still in college. They didn’t experience a clear call to the mission field --  rather, after New Life’s Night For the Nations, they were struck by the vast number of unreached people groups and the great need for missionaries. Matthew 28 calls every believer to be involved in global missions, either by faithfully sending or by faithfully going, and after realizing that they didn’t need a super-specific call in order to be obedient, the Andersons decided to pursue becoming long-term missionaries. In response to this new understanding, they first decided to increase their knowledge-base about missions. They spoke to New Life families in the process of missionary training, took Perspectives, read various missionary biographies and were further convicted of the Lord’s heart for the nations. From there, they prayerfully applied to To Every Tribe and were accepted.

To Every Tribe captured the Anderson’s attention due to its emphasis on preparing missionaries for long-term success, rather than just trying to send as many people possible as quickly as possible. The Forbes family, who have been with To Every Tribe for the past year, encouraged the Andersons with their conviction of the importance of preparation, as well. In a previous story about the experience of being in the midst of the missionary training program, Nathan Forbes said, “Each week, it has become more apparent how necessary robust training is for long-term effectiveness as a missionary. We've been learning that missionaries often must go slower to go further faster, and we continually thank God for this opportunity to learn and grow as cross-cultural ministers of the gospel.” Ryan and Catherine echo this sentiment, and are grateful for New Life’s emphasis on solid preparation for missionaries before embarking to the mission field full-time.

To Every Tribe is a two-year program, and each year has a different focus; one centers on the mission and the other, the missionary. The mission year material includes the theological backing of missions and how to translate the Bible cross-culturally, while the missionary year focuses on topics such as how to cooperate with your mission team and how to help your marriage and family thrive in the mission field. Part of the training is classroom based, and part is hands on. Five days out of the month, the trainees go down into villages in northern Mexico to put into practice what they’ve learned in the classroom by establishing relationships and Bible studies with the goal of long-term church planting.

When the Anderson first considered going into the mission field, they envisioned missionaries as people who were outgoing, passionate, and visionary,as opposed to their own personalities which are more introverted, reserved, and relational. But in their prayers and studies, they became convicted that the Great Commission is for everyone--introverts included--and that mission teams need all types of personalities and giftings in order to be as cohesive and successful as possible. They hope their obedience in going, despite not fitting the stereotypical “missionary mold,” might encourage others of similar dispositions and gifts to consider long-term missions as well.

After two years of training with To Every Tribe, the Andersons will then go on to language school for six months to a year to become fluent in the language of their mission field. They hope to be on the field by the end of 2021, where they plan to stay long-term.

As a church, we can support the Andersons through regular prayer and thoughtful communication. Instead of assuming that someone else is reaching out to them, take that responsibility for yourself and, as Catherine said, “Continue to pour into our missionaries as if they were still here with us in College Station.” A text of encouragement or an email letting them know that your family prayed for them that week can go a long way in building up our missionaries. Continued prayer and love, along with financial support, are some of the greatest ways that we can be obedient senders of our beloved brothers and sisters who are obedient goers, and as we faithfully send the Anderson family, let us remember this.