A New Understanding of Grace 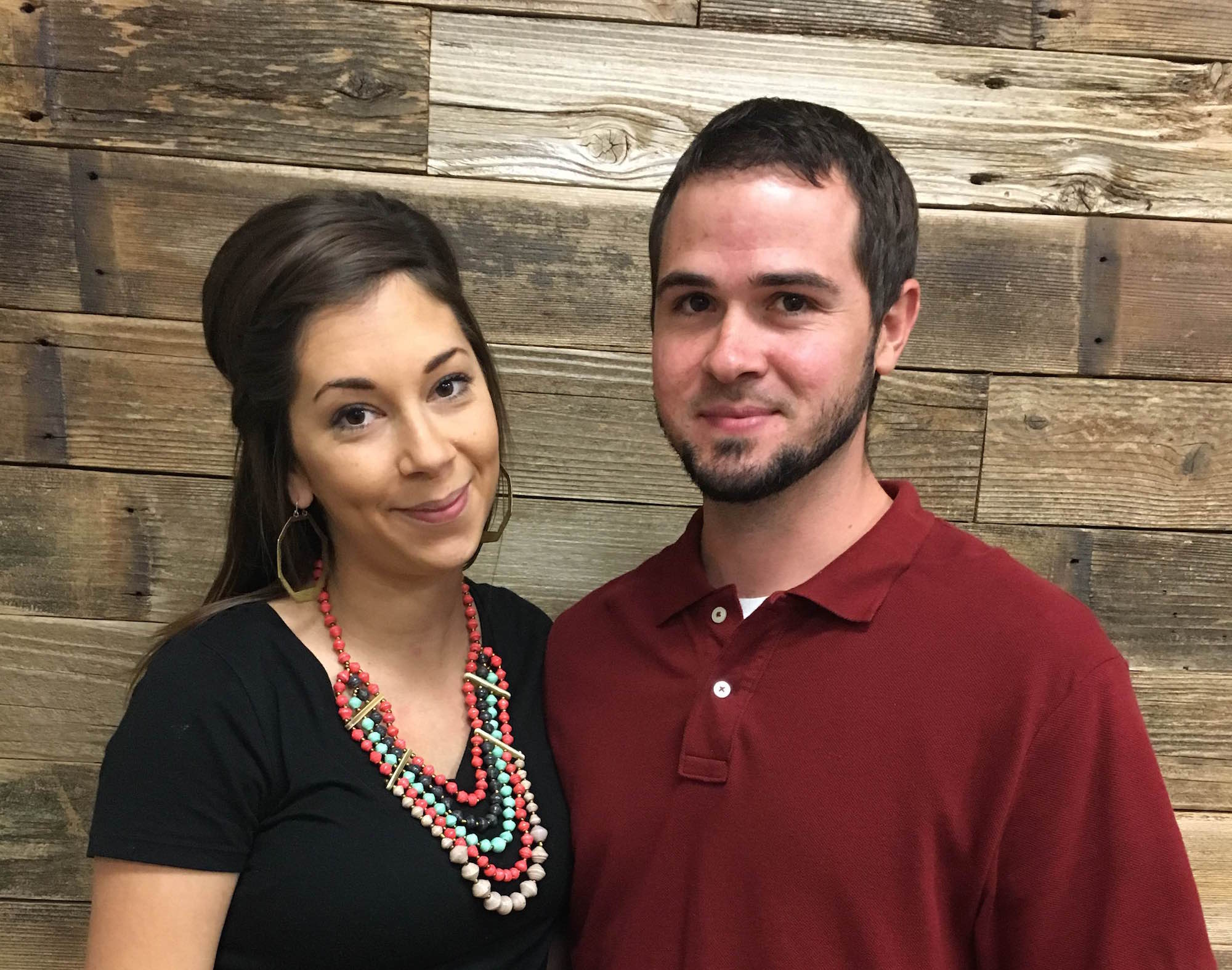 Chris and Christan Harkey are faithful members of New Life, core members of their life group, and parents to two girls, Alaina and Emma, and one boy, Elias (Eli). Their lives today are characterized by love for each other, their children, New Life, and most of all, their faithful God.

But flash back to four years ago...their understanding of love and grace was quite different. Chris and Christan explained that in the early months of 2012 they were living together unmarried, raising their two- year-old daughter, while also spending much of their free time partying and drinking.

Chris reflected on that time in his life, “We used to live for the flesh, our own passions, partying a lot.” Christan added, “We were not being parents and not loving Alaina well. The way we handled our arguments and treated each other was not God-honoring whatsoever. We didn’t see anything wrong with it, even then we would have said that we were believers but it was totally taking God’s grace and making it nothing, taking it for granted.” Together they look back at that season as a time in which  they were using grace “as a license to sin” and they “weren’t living in repentance at all.”

Around that same time, Chris and Christan were having regular meals with Chris’s older brother when things began to change. “He was just kind of going through the same conversation we’d had several times, just showing us our sin and calling us to repent. And it was that day, that [I thought], we’ve got to do something about this. It was that day that I was confronted with the holiness of God and I saw my need for Jesus,” Chris recalled.

This conversation happened in the wake of Chris’s father’s death, which occurred in January of 2012. Chris describes his dad, a faithful believer and pursuer of his kids’ salvation, as living “the last year of his life completely sacrificially. He knew he was going to die from cancer and he wasn’t scared. There was a peace about it, he knew where he was going, and he was going to spend the last bit of his life telling people about Jesus and not worrying about bucket lists.” That witness had a profound impact on the Harkeys.

By the grace of God, in a quick act of repentance and obedience, the day after that breakfast conversation, Christan moved out and into an apartment with just her and their daughter, Alaina. For over a year Chris and Christan lived apart to “explore what a relationship with God looked like, and not to focus as much on their relationship with each other.” They wanted to “come back together on God’s foundation instead of a foundation of sin,” Chris explained. Christan reflected that the year living apart wasn’t all “rainbows and butterflies” but was full of confronting sin, dealing with temptation, and warding off lies from Satan.

During that year they started visiting churches together and in May of 2013 settled on New Life as their home. Getting married in July of 2013 and moving back in together was another growing experience for Christan. “Having Chris leading us in a different way was a huge difference… I feel like God really used Chris in my coming to know Him even more,” Christan explained. The Harkey’s story of grace continues as they tell the story of God’s faithfulness to their growing children. “Now it’s fun to talk to Alaina about everything that happened and why we did what we did. I feel like there’s nothing better than to have that as a testimony to our child.” Chris added, “to teach her we need Jesus just as much as she does.”

When asked what they think was one of the greatest things they’ve learned from their circumstances that brought them to the Lord, Chris responded, “Probably the importance of marriage and how important it is that marriage honors God, because it’s a picture of Christ and the church.” Christan said, “Finding out the true meaning of grace. Reflecting back, I can see so many different times I’ve seen His hand in our lives. Seeing really what God’s grace is and how rich it is...it’s been an eye-opener and really sweet to see.”

Both explained that the practice of reflecting on their salvation stories and their testimonies was really helpful.

“I honestly don’t reflect on it enough. I look back and think, ‘Look what God’s done!’ We didn't deserve for him to have pulled us from that life and to give us this life that we have,” Christan explained.

May the Harkey story be an encouragement to faithfully and consistently share the gospel and encourage repentance in our friends and family. May it be a reminder to share with the coming generations our need for Jesus. May it remind us all to reflect on our amazing God and the way He draws each of us to Himself in powerful and life-changing ways.