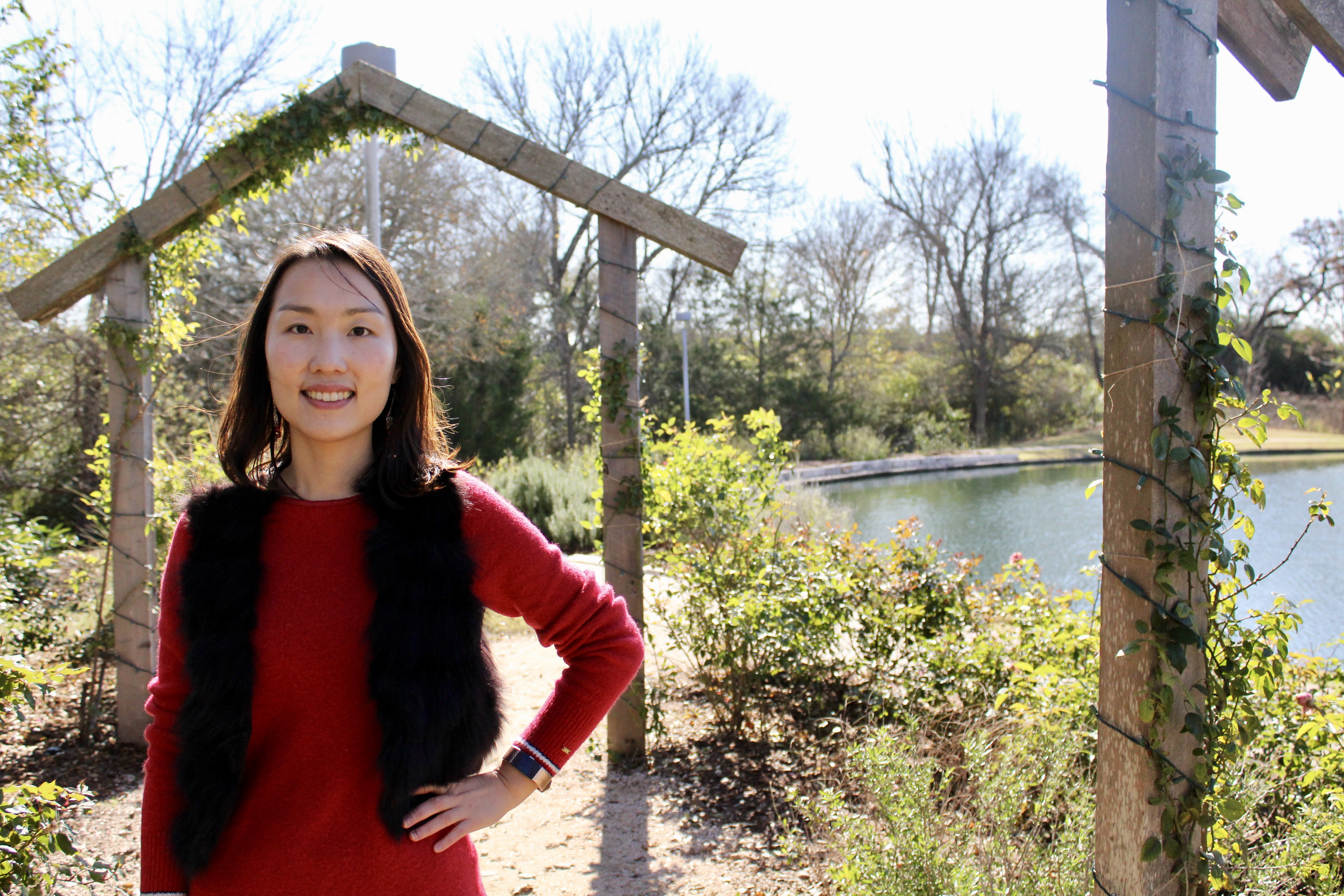 Similar to many 18-year old high school graduates, Sayah Lee was excited for the opportunities that laid ahead of her as she moved from the Philippines, where she had lived as a missionary kid since she was four years old, to South Korea, where she would begin college. Sayah recalls looking forward to freedom in making decisions and establishing a unique identity, one that was not centered on being a pastor’s child.

Sayah quickly felt the difficulty of a transition to a new country, language, and culture on top of the new stresses from attending college. As an encouragement to herself, Sayah placed a sign on her dorm room desk that read Philippians 4:13, “I can do all things through Christ who strengthens me.” Little did Sayah know that the events of her life that would unfold over the next few months would bring her to a place of deeply understanding the verse she placed on her desk.

During her second semester of freshman year in college, Sayah began noticing that her clothes, especially her pants, were no longer fitting appropriately. She also noticed a constant tiredness, but she attributed this to a nearly two hour daily commute from her residence to her university. Her days were full of doing household chores before class, attending classes in a language she was not confident in understanding or speaking, and making new friends. During her first year of college, Sayah recalls, “I often sensed God pursuing me, but I chose to ignore it. I called myself a Christian, but everything was just religious acts. I was not walking with the Lord.”

Over Christmas break, Sayah was excited to return to the Philippines to see her family and take a vacation together, but the moment Sayah’s mom laid eyes on her daughter, she knew something was wrong. Sayah’s figure seemed atrophied and her abdomen was bulging. Her mom insisted on a doctor’s visit, which led to urgent instructions to return to Korea for further evaluation as soon as possible.

Before leaving the Philippines for further medical testing in Korea, Sayah’s parents took her to a prayer meeting where a pastor prayed over her. Here Sayah had an encounter with God where she realized she was a daughter who God loved, but that her life had been marked by her love of the things of the world. Sayah remembers repenting of her sins and confessing that she had been ignoring the Lord’s pursuit of her. In two weeks time, Sayah had returned to Korea to check into a hospital for further evaluation where she had multiple tests and CT scans which revealed a massive tumor on her ovary. With repeated tests, Sayah prepared to have the tumor surgically removed. On the day of her operation, Sayah says she realized how God had extended her life, both physically and spiritually, as that was the day that she began following Jesus as her Savior. She reflects on this time,

In her mind, Sayah expected to be like other patients she saw at the hospital, who had a surgery and appeared to return to their normal life within a few days. This was not the case for Sayah, whose tumor was cancerous, which meant she would need multiple rounds of chemo treatment and regular follow up exams over the next five years.

“I thought that surgery would be the biggest trial, and after I got through that I would be able to return to my friends and share all God had done for me,” Sayah remembers, “but God had more plans than I could ever imagine.”

After surgery came months of chemo treatments, where Sayah was filled with joy as she continued reading the Bible. “Every day God’s Word sustained me,” she shares, “as I got my chemo treatments, if I were not reading God’s Word I would start worrying about my future, allowing Satan’s lies to fill my mind, but when I shifted my perspective to Philippians 4:6-8, ‘do not be anxious about anything, but in everything by prayer and supplication with thanksgiving let your requests be made known to God. And the peace of God, which surpasses all understanding, will guard your hearts and your minds in Christ Jesus. Finally brothers, whatever is true, whatever is honorable, whatever is just, whatever is pure, whatever is lovely, whatever is commendable, if there is any excellence, if there is anything worthy of praise, think about these things,’ I felt peace that even if this would be my last day, I could rejoice in knowing the Lord.”

Chemo treatments were not the end of the trials Sayah would encounter. Transitioning back to school after taking three semesters off was difficult and changing her lifestyle and diet was also challenging. Still today, Sayah faces infertility as a negative potential side effect of the chemo treatments she received at the age of 19. Although today’s trials are different from those she faced as a teenager, Sayah says she applies the same principles that she learned during chemo treatment, “God asks us to trust that He is in control and knows what He is doing.”

The apostle Paul’s words in Philippians 4:11b-12, “for I have learned to be content whatever the circumstances. I know what it is to be in need, and I know what it is to have plenty. I have learned the secret of being content in any and every situation, whether well-fed or hungry, whether living in plenty or in want,” are something that Sayah is able to understand more because of the trials in her life.

Over the years, she learned that these two verses need to take place first in order for verse 13 to become true in her life. She expresses gratitude for how the Lord has led her, “It’s not easy to rejoice in difficult situations, but since we know that God is the one who allows the difficulties and that He is working His plan, we can trust Him because He is good. I didn’t see cancer as a punishment from God. I realized it was the best thing He could do to draw me to Himself.”