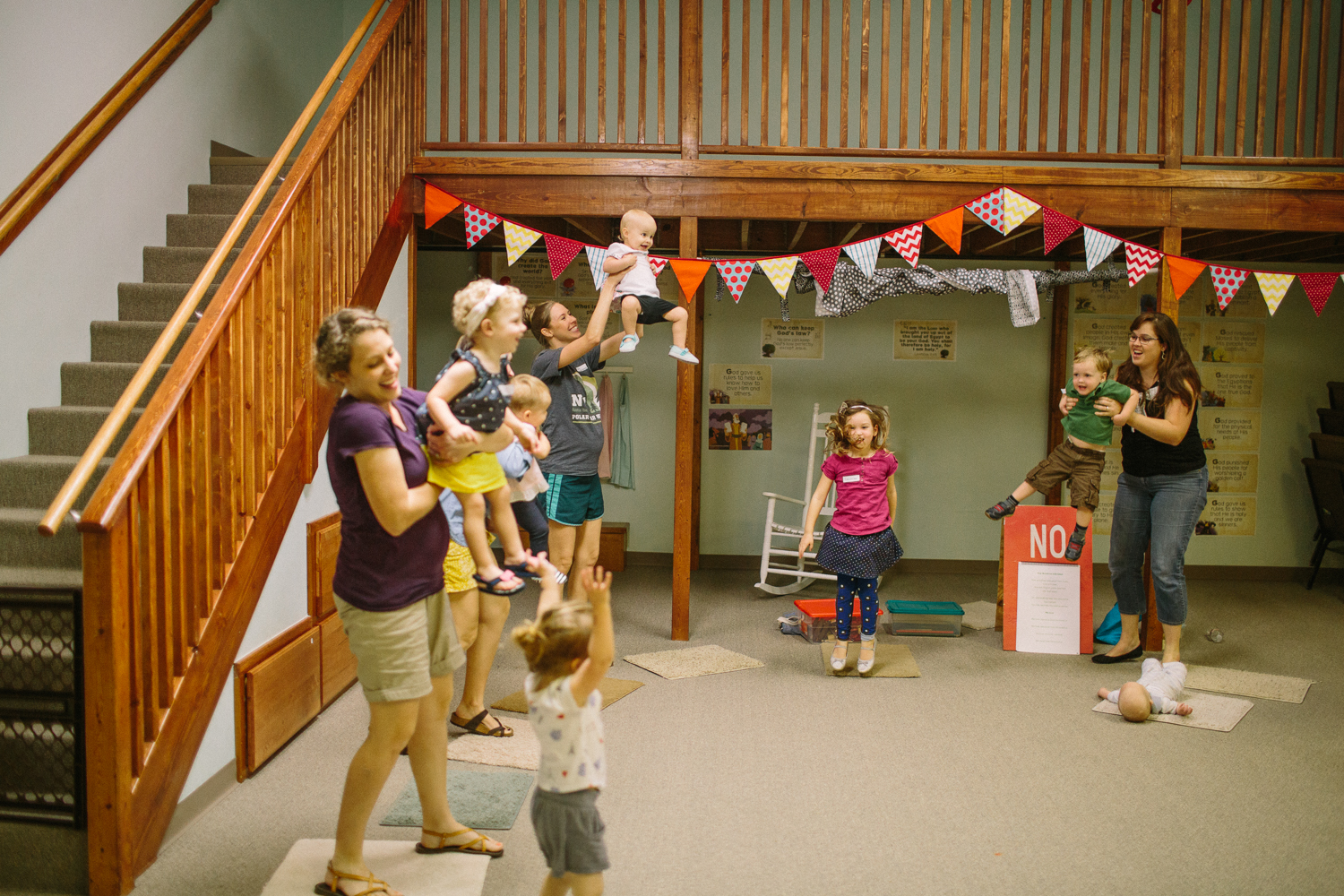 If you are around the New Life building on Tuesday mornings, chances are you will hear the joyful noises of several toddlers and their moms praising Jesus together.

Cassandra White, New Life member since 2012 and mother of three, has long held a passion for both teaching and music, and was seeking a way to use those passions for the glory of God.

“The idea of Preschool Praise was planted in my heart as I realized a few things: I had years of training in early childhood education. I had 10 years (at the time) of music teaching experience that I wanted to use and continue to develop. I had a baby and wanted desperately to give her the best education and training I could. I was being called away from my current ministries and felt that God was calling me to begin a new one.“

With this vision, in 2013 Preschool Praise began, and has continued to grow and flourish over the last four years. “We began small, but it very quickly grew.“ There are over thirty children being ministered to each week in Preschool Praise, and the vision and heart of the organization has caught on with other moms.

M’Lynn Johnson has been involved as a member since 2013, and took on a leadership role shortly after.

“My hope for the future of Preschool Praise is to see many international or unchurched moms bring their children to Preschool Praise to learn the truth of God through song and to build relationships with other moms. I would love to see moms take this concept to other churches with them, which I believe has actually happened. I would love to see it branch out to many other churches, or even taken to places like Mexico, tribes, [Central Asia], etc. I've been reminded recently how powerful music is to a young developing mind. They hear rhythms and harmonies that stick with them forever. Also, when a mom sings to a child, no matter how well she thinks she sings, it is a gift to that child and develops a deep memory.”

Callie Whitley has been attending Preschool Praise for the last year with her daughter, Kate, and says it has been a blessing to their family to sing the songs taught in class together at home. “We have been trying to do a couple of songs at night after family Bible reading. Kate gets so excited and actually sings the songs here at home where she’s more comfortable. ”

The class has transformed over the last few years--a more advanced Bells Class for older children has been added, as well as a more developed curriculum for the younger ones -- yet the heart behind Preschool Praise remains the same.

According to Cassandra, “Preschool Praise is fruit of a series of small steps of faith toward an idea that was started by God. It started with Him and is sustained by Him. He uses us to water and grow it, but He sustains it. I hope others are encouraged to pursue what God places on their hearts! Preschool Praise seems like such a small thing to me sometimes, but it has potential to be used greatly by God because it places His words in the minds and hearts of children.”